Lately I was working a lot in small scale minis (30mm), but today I want to show you a 70mm one, DeadPool, (comic version) from Knight Models. 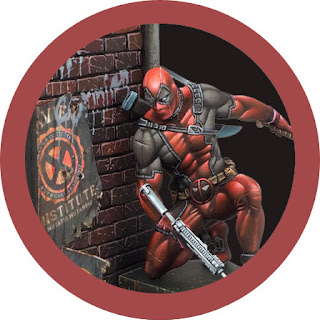 My intention with this guy was to paint a comic version (the mini was released by Knight Models in this way and it's unconverted, even if it needed, as usual, a very intense preparing work and rebuilding several parts and also a hard work with plasticard to set up the base property), but also keeping an eye in the most darker and dirty looking of the film.

So I know this is not my best blending work, but it was not pretended to be. Also, some shadows in the red were painted with much more gray than I used to use, giving a look a bit weird, this was also intentional. 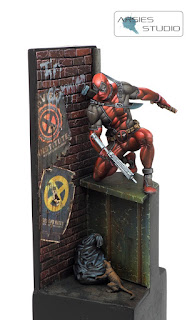 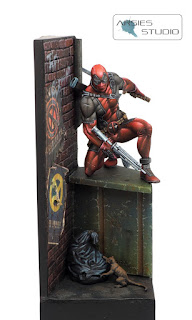 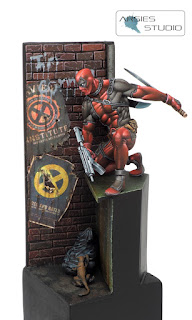 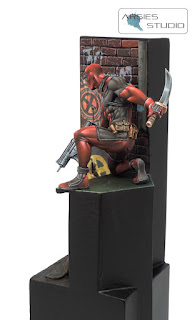 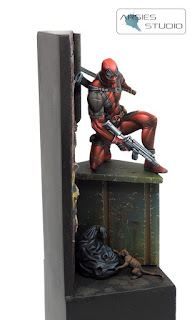