I started this bust in a workshop during 2018 and, as usual, it went from the workshop to the wips showcase due to commissions deadlines. Until now, I just wanted to do something fresh and big in this year where I almost painted nothing bigger than 30mm.

The products from Nocturna are always a pleasure to work on because they take care of every detail and finish. I loved to paint this bust, and also, I wanted to do a very small terrain just to hide the cut on the legs so we can move from "just a bust" to "a small scene with background" just adding some dirty water from a river or swamp and a bit of vegetation. Just with that, we can imagine a soldier during an incursion with stealth, walking silent to the enemy's camp base.

Now that work is finished and fun is over. The bust is for sale, so if you are interested, please contact me. 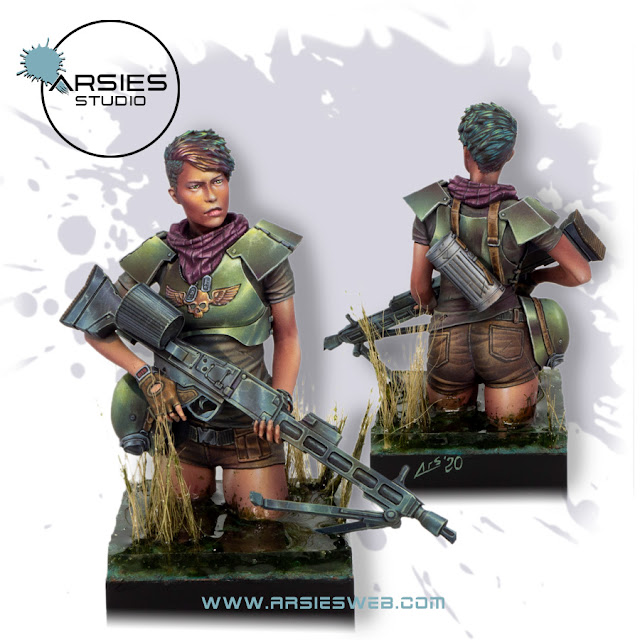 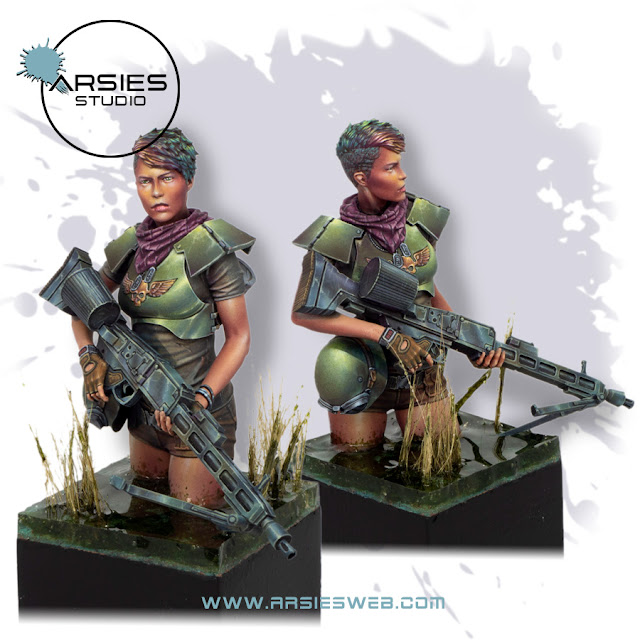 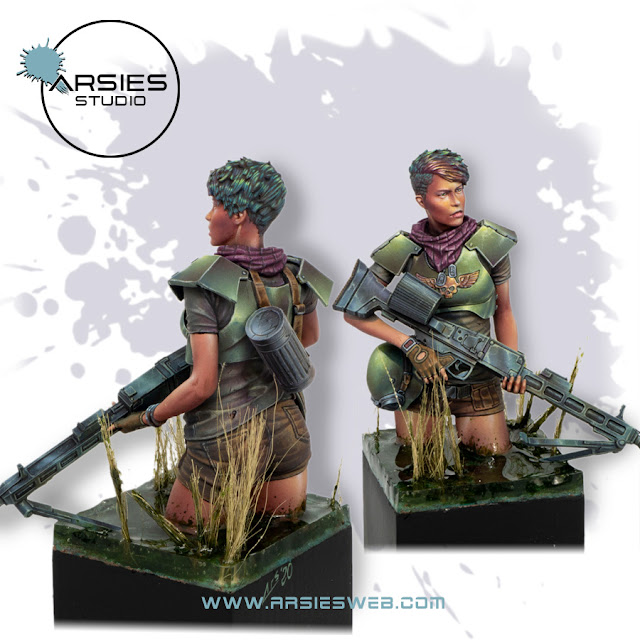 “We don’t give or ask for quarter! Kill them all, God will recognize his own!” Attributed to Father-Officer De Fersen, Action of the Horns of Hessen, Paradiso.

Gabriele de Fersen was a young, successful programmer who enjoyed a life full of depravity and excess. However, after suffering a dramatic naval accident in which he almost died, he reconsidered his behaviour. De Fersen found God and decided to ask for admission to the Holy Order of the Temple. The Order offered him a way to sanctify his eagerness for excitement, dedicating his efforts to the works of God and allowing him to serve through his technical knowledge. De Fersen devoted himself body and soul to prepare for the holy war in the tough instruction monastery of Santiago of Neoterra, in Aquila. With the last of his savings, he paid for a combat implant, of Templar manufacture, that allows him to activate accelerated combat routines. De Fersen became a disciplined Templar Knight who received his baptism of fire in the final death rattles of the NeoColonial Wars. On the battlefield, he proved to have bullet-proof faith and confidence, as well as a touch of indomitable aggression. At the end of the conflict, he returned to Neoterra where he continued polishing his military and battle programming abilities. At that time, he had already forged a fearsome reputation as a warrior intelligent as he was fierce.

After the order of the Temple’s dissolution and the investigation into its heresy by the Holy Inquisition, De Fersen was subjected to deep questioning and scrutiny to find if he was involved in the blasphemous plot. He had to face a court-martial and voluntarily underwent an ordeal, a trial by God, from which he emerged victoriously. Once declared innocent of the charges of apostasy and artificial intelligence programming, he was allowed to transfer to the Order of the Hospital. Nevertheless, his former link with the Temple is considered as a fault and a stain on his spirit and record, meaning he will never be promoted inside his new Order beyond his current rank.

During the Ariadna Commercial Conflicts, De Fersen was posted to the Units of Mercy, those responsible for recovering the wounded from the battlefront and rescuing prisoners. The missions undertaken by the Hospitallers of Mercy are risky in the extreme, requiring maximum precision. De Fersen proved capable enough to take tactical command of these units, managing to the last detail the preparation and execution of missions. The name of De Fersen passed into the annals of the Order in the Horns of Hessen, on Paradiso, where he ambushed and destroyed a reinforcement column of the EI’s Combined Army. The time bought by De Fersen’s small Unit of Mercy allowed PanOceanian troops to destroy the main Morat force’s rearguard, rescue numerous prisoners, and capture important technical and strategic information. 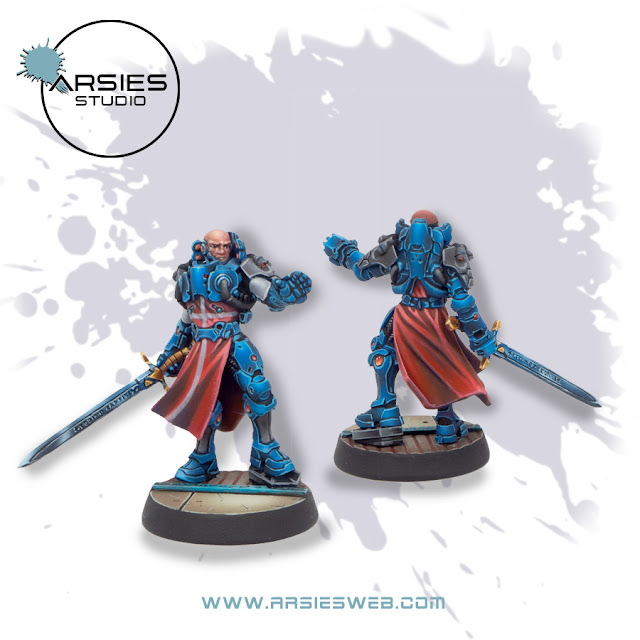 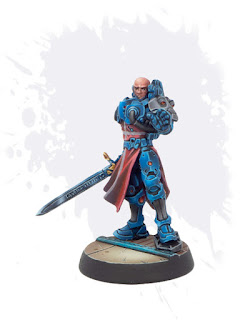 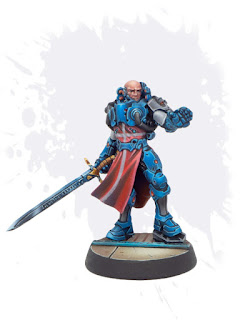 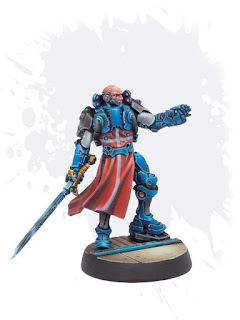 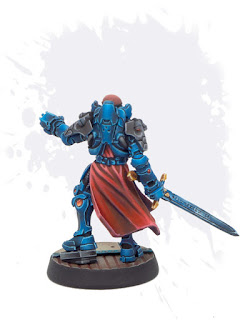 Recently I did a cooperation work with Studio Giraldez on some minis for the Kickstarter of Battlesystems Core Space: First Born.

It's my first time working with Angel and even with the rush to finish the minis on time, everything went fine. I did most of the work on those minis and lately, Angel added the final touches to integrate into the studio's style.

During those 2 weeks, I painted 6 minis with them. But only 5 were released until I noticed. Those are: 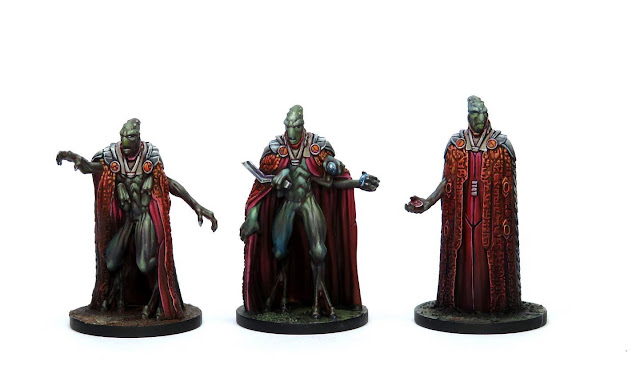 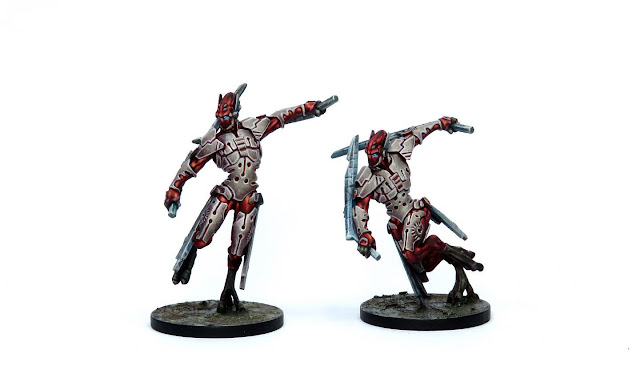 The Order of the Knights of the Holy Sepulchre is stationed on Earth and is charged with acting as the last line of defence for the PanOceanian territories and sacred sites. Its members are chosen from the elite of the other Orders’ troops, as all are skilled Father-Officers. The Sepulchrist Knights, lovers of close combat, are units focused on special security and heavy assault, serving as much as an example as a challenge to all other PanOceanian officers. The Knights of the Holy Sepulchre protect Humanity’s birth and sacred places as they are considered the best of the best, and their records confirm it. In the NeoColonial Wars, during the unsuccessful Water Lily Offensive over Hong Kong, the Knights of the Holy Sepulchre’s battalion stood firm until the very end. They were commanded by Abbot-Colonel Acuña and fought like lions, holding their position until the last man from the decimated PanOceanian combat force was evacuated. Then they retreated from the battlefield in perfect combat formation. No officer from the victorious army of Yu Jing dared raise his hand against them as they withdrew. The Sepulchrist Knights left the battlefield as if they had just attended a military parade. Proud, with blue armor covering them from head to toe, and with white robes waving gently in the wind, they boarded their air transport while the Yu Jing army watched with a mixture of admiration, respect and relief. 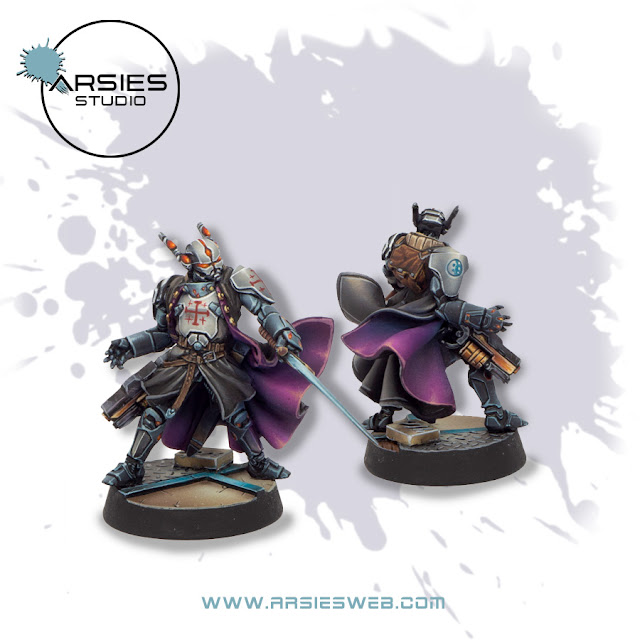