It took a while to edit all of them as we were very busy at Hydra Studio, but right now one of the harders minis I painted in my life is here!

So many details, a lot of effort, almost 2 painting months at full time... and hard shipping partially unassembled (that forced me to take pictures with a provisional assembling).

It was a very hard job but we can be proud of it.

Also, if you click on "read more" you can also read some impression of how hard is to take pics of a mini as big as this one.

Hail, Officers! To finish the week we bring you the studio photos of the bust of Gabriel Lorca (Jason Isaacs), modelled by Emilio Jose Dominguez Calvo and painted by me at the Hydra Studio Painting Department.

This is a big bust, (scale 1/6 more or less), much bigger than I used to paint, so Painting had to be focused in a different way looking much more to achieve good skin textures than contrast or intensity. The objective was to paint it in a realistic way rather than an artistic one.

Some of you had the chance to see it live exhibited at the Cruz Herrera Museum in La Linea de La Concepción, during a multi-artist exposition with several different art ways: paintings, photographs, and other more classical ways of art. We were the only miniature painting representation and we had an honoured place in front of the entrance of the museum. 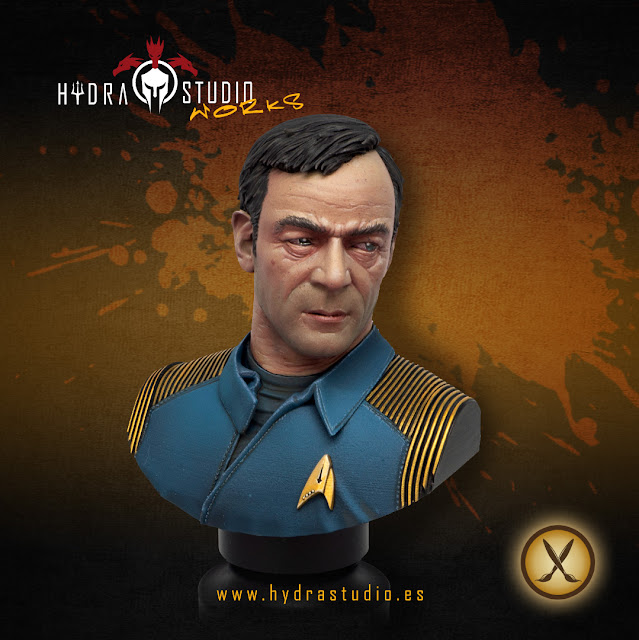 This is the promotional miniature of the Freak Wars 2019, Aiko Wukong. This miniature has been modelled by Hugo and Aaron from RoboTwin, one of our latest reinforcements at Hydra Studio.

I painted this one for a beneficial raffle during Freak Wars. participating you not only can get this beautiful model painted, but you are also helping the event and cooperating with some good causes (Fundación ANAR, Banco de Alimentos de Madrid, Peluditos en Apuros y Fanvención).

Are you going to miss this chance? 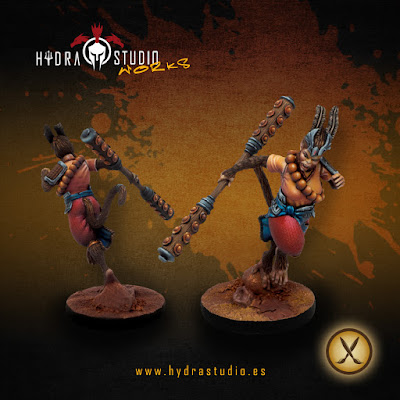 Lately, I was focused on 30mm miniature painting. I feel comfortable painting that size, but, honestly, sometimes I miss to paint something bigger.

Fortunately, I had the chance to paint this model from Scale75, Nancy Steelpunch. A steampunk pin-up painted for a private customer.

Colour scheme is the same as boxart's one, so nothing innovative here except my personal touch. Hope you like her! 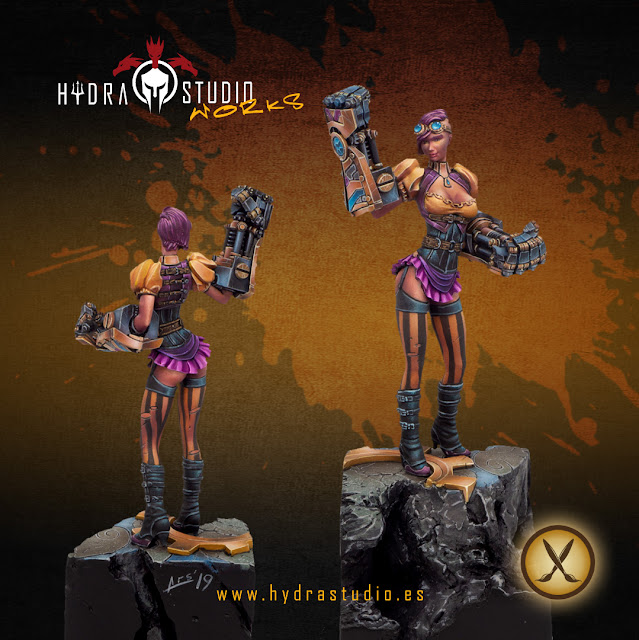 For those who follow our Hydra Studio Facebook, those minis are not new as we were posting them continuously. For those who prefer to read a post like this briefing everything, let me present you the finished Aleph Army!

Let's have a look at the last batch!

- Armed with a pistol, a boarding shotgun and an exquisite taste for the clothing, this mercenary (CSU) will be in charge of protecting the most important members of this band.

- This Dakini Tacbot equipped with a pistol and Combi Rifle is the perfect economic option to generate orders and occupy objectives.

- This one is equipped with a Sniper Rifle, and although this option is more expensive, it is also more dangerous. If you pay attention, you can realize that in the Dakinis don't use the red and purple contrast colours that are present in the rest of the army's miniatures. Don't they look colder and artificial this way?

- Shakti armed with an Mk12 sniper rifle and a knife. And for enemies who cannot knock down with their weaponry and their aim, she has a Killer Hacking Device.
If you look closely, in this miniature the purple contrast colour has been applied very subtly, in the details of the telescopic sight, the mask, and the base.
As a curiosity, the name of Shakti is a term that comes from Hinduism and is the word used to represent when the energy of a Deva (Male God) is personified as his wife in the form of a female Goddess.

- Post-humans are the next evolutionary stage of Humanity. Entities that live in cyberspace and that can be downloaded into artificial bodies to act on a physical level. A Post-human can deploy several of their bodies in the area of ​​operations, and jump from one to another, covering each other, to achieve designated objectives.

- Danavas are Maya’s Gestapo. ALEPH’s very own boogiemen, constantly prowling the data spheres. And you never want to find yourself in their naughty list. In actuality, they are specialized Aspects of ALEPH tasked with monitoring data networks for illicit or seditious activities and pursuing those responsible with the most extreme of prejudices. In fact, if the Danavas catch you, they won’t be content with killing you; they will purge you out of the informational domain. When they are done with you, nobody will even know you ever existed. How can they so remorselessly mete out such extreme form of punishment? Much like their namesakes from Vedic folklore, the Danavas are inhuman creatures.

Do you want to see them bigger? Click here:

[ENG]: This time Allow me to post only Spanish, as this notice is mostly for Spanish readers as it's related to an expo in Madrid, Spain, soon. 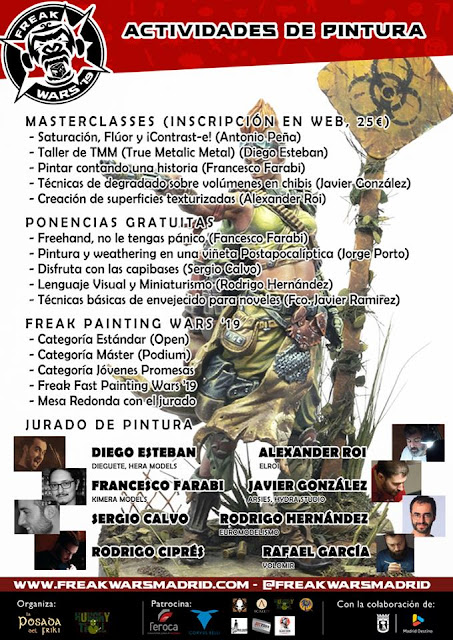