Hi guys, Let me share with you my last sculpt done for Hydra Studio that is currently available for purchase on our Kickstarter: Brave Women! 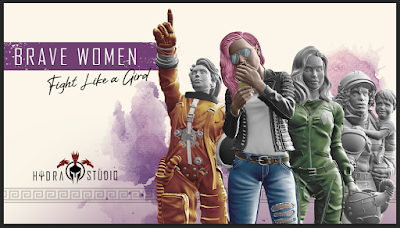 It was don based on the concept of Ana Belen Vazquez, and it's a pilot of the "invented country" air force (we don't want to typecast on one unique army), but mostly on Sweden Air Force Uniforms with several artistic licenses. 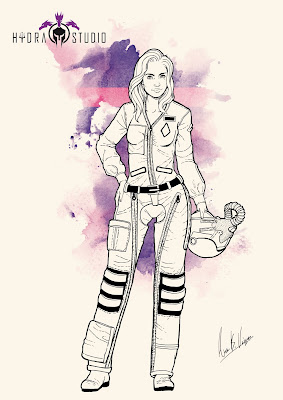 Also, I got some help from Ana Román, Sculptor at Hydra Studio, who merged and cut the mini to printings and did some adjustments at the head and also sculpted an alternative head if unblocked at KS. 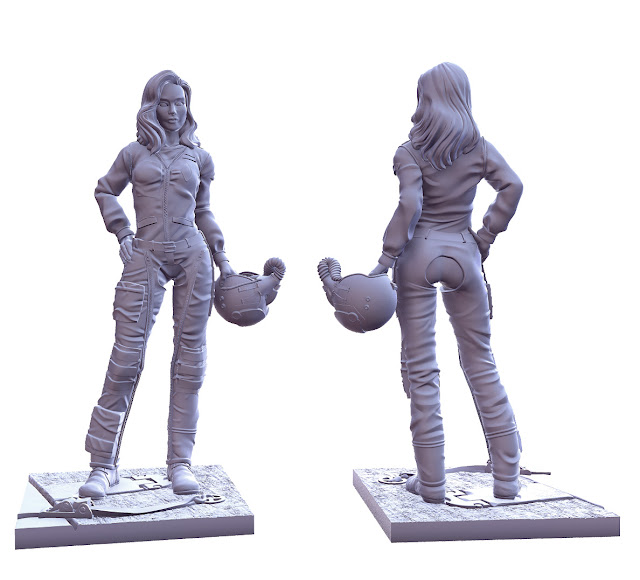 It was fully produced at our HeadQuarters and it's also BoxArt painted by me, but, that's another post ;-) 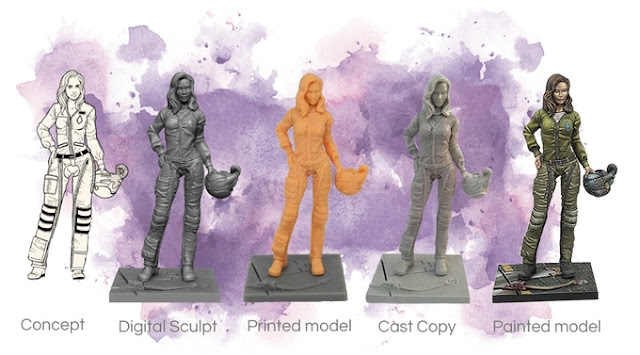