Last weekend in Vigo (Spain) lot of Wargame fans were placed to combat in the Final Season event of Infinity the game at their biggest tournament of the year: Interplanetario.

I'm not going to lie you explaining things about the tournament or the game: I've no idea about that, I've always been a terrible gamer and in case of Infinity I don't know the rules either, even having the N2 rulebook.

But I love the minis, I love the gaming tables, I love the events and I love the Gold, Silver & Bronze painting Contests. And, casually Corvus Belly (Infinity's developer brand) wanted to introduce ourselves their first annual painting contest included in the Interplanetario: The WarCrow

So I decided to go there to see what's going on and to decide by myself if there are some possibilities of a big hard exclusive contest like old Golden Demon from Games Workshop (I'm sorry Corvus but the comparison was inevitable, maybe in the future speaking about Golden's they could be compared with WarCrow, but, not yet ).

I have more or less an entire free week to paint something and I decided that I wanted to paint the Achilles V2 to enter it to the Specialist Crow category (Everyone in this one paint the same mini) and I wanted to paint a Yu-Jing Sectorial Starter Pack to see if I can sell it at the end to pay the trip. That was 7 minis in around 9 days... A very hard challenge so I decided to make it simple, I just wanted to do a good paper, nothing more with that time. 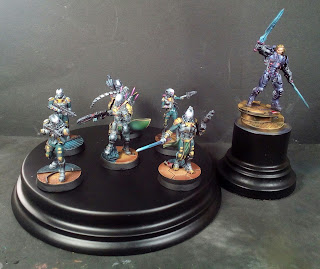 Crossing to Galicia from Asturias was like Crossing from our world to the infinity's one. We wake up very early to drive to and we literally crashed with  some kind of dimensional thick fog. We were in there about 100 kilometers until we reach to Vigo. 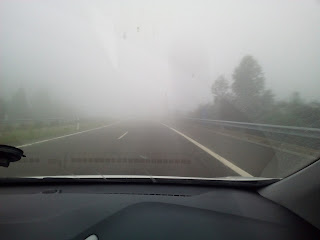 The place chose for the event is amazing. It is an old maritime station, very cool in the middle of the harbor promenade, very close to the historical center of the town and less than 100 meters of a commercial center. all place is plenty of pubs and restaurants to have a good time with friends, like Pablo Lopez, Slayer Sword Winner Spain 2012 that was there to see the painting contest too. 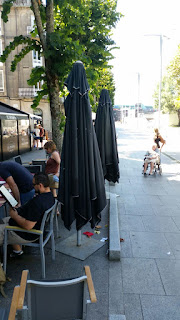 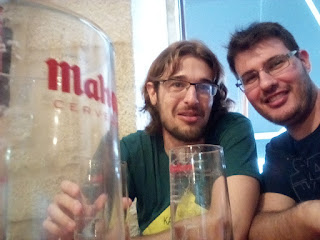 Obviously being the first time they organize a painting contest there were a couple of things to improve, but overall was very good and people of the staff were very kindly and tried to solve all troubles and they listened carefully our advices and proposals.

Not so many painters this year, maybe because they didn't promoted the prizes listing property because they were amazing in quantity and quality. In the other side, they took some good decisions like calling an external recognised collaborator to be part of the Jury: Rafael García, from Volomir.com. 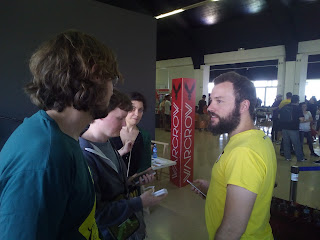 I think there were around one hundred minis in contest at the end, not so much, I know, but I was surprised because the high level showed in them. Not a top level, but the intermediate level (the most present one) have almost no one bad mini, that is a very good news! By the way, the trophy is very cool. A couple of good lamps could make it more impressive. 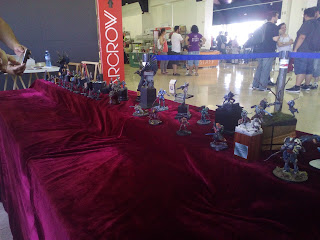 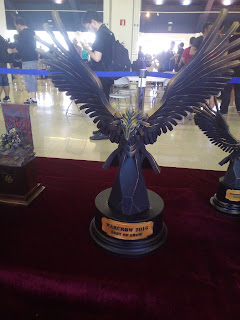 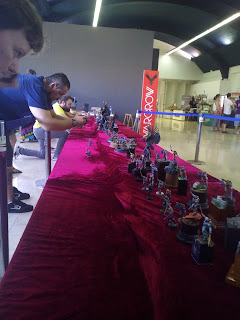 There were too a lot of side events like Angel Giraldez demonstrations & curses (he's the official Infinity's painter from Corvus Belly). 3D Demos, concept demos, round table with the stuff, fast painting contest... In the main room the wargame was the absolute protagonist. 100 generals were proving themselves to be the best one. There were from so many different countries apart Spain: Russia, USA, UK, France, Italy, Poland.... The gaming tables were full fit of scenography and with printed boards to make the battles much more interesting. 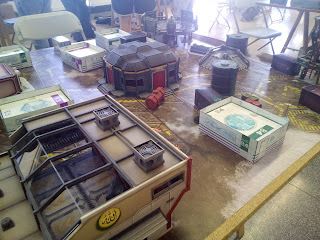 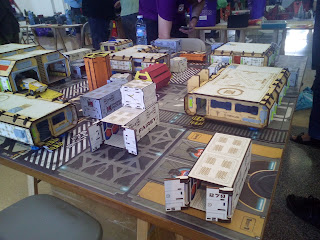 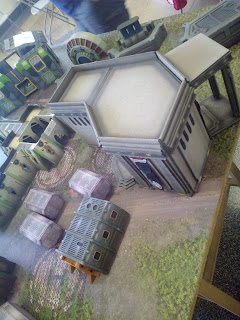 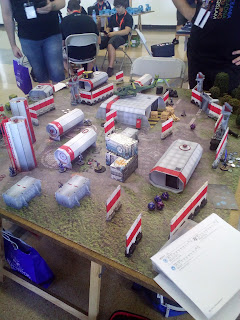 Awards Ceremony was on Sunday midday, so if you come from far away and need to go out to take your plane, bus, train, or wathever, you'll have enough time to do it without pressure.

Just before announcing the winners, Corvus Belly offered some exclusive news to assistants, that were truly impressed with them. WarCrow awards were the first ones before the tournament. There were 4 categories (I think should be a couple more to distribute more the prizes) with 3 prizes in each one. Every winner got some prizes, miniatures, material, some kind of stuff, it was surprising! The gold winners got the WarCrow statue (amazing, it's Beautiful!) and an Airbrush with again some related stuff, like starter packs! I need to mention too that each awarded mini was showed in the big screen with several good pictures taken in the photo studio the staff mounted in the event. 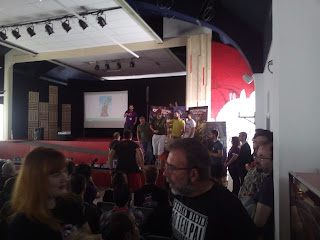 Rafael garcía (Volomir) posted very early on Sunday evening the winners list with pictures on his webpage, so until Corvus belly upload their official ones to the website or the painter post them in their blogs (I've to do mines yet), you can chek them HERE

Finally when we thought they can't offer us any more prizes, a lot of giant boxes of muffins started to appear from the nothing to make people even more happy :) 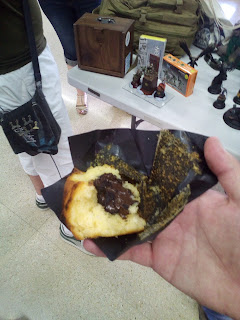 After the lunch was programmed a visit to the Corvus Belly  base with buses, but it was too late for me that have to take the car and come back to work, Maybe next year because, of course I'm planning to go back.

Oh and if you clicked on Volomir's winner list you also know, but if not, The Overall winner was my Achilles so I almost need to rent a van to carry all prizes they gave me! 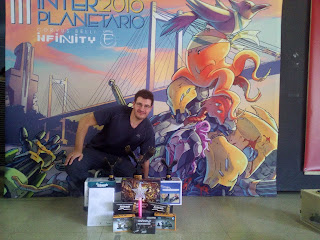