The Umbra. One of the most dangerous, murderous races in the entire universal warriorhood. Mysterious martial artists from an unidentified planet, the Umbra have been the scourge of the cosmos for ages. Subjugated, dominated or seduced by the EI, they have become its field assistants, a conduit through which the Evolved Intelligence makes its wishes known. They serve as the EI’s heralds, enforcers, mediators, lieutenants, judges, executioners and right-hand men. Their political and military speciality is trouble, and the causing and suppressing thereof. Brought forth by the darkness, these cruel entities hold a fearsome power that the EI harnesses to inflict the worst punishments and lead mass destruction operations as their wrath seethes unmeasurably.
From Human Sphere
Hi guys. I'm back after a couple of weeks stop (I had some repairings to do at home). This is a miniature I painted some weeks ago and that some of you could saw on my Instagram. Umbra Legate!
It's a hard mini from Infinity I painted on commission. He looks great after painting work! 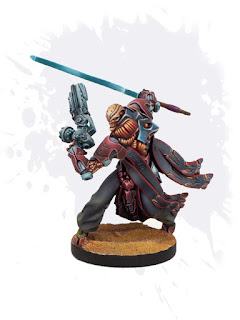 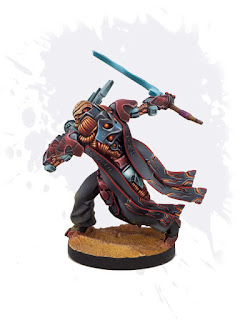 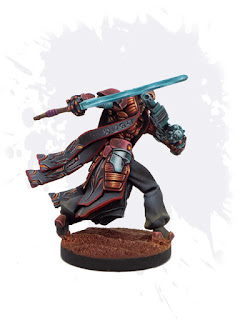 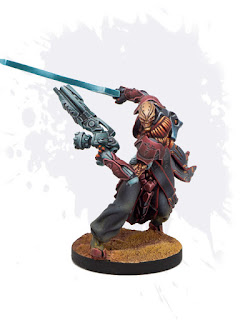