This is the second one of my entries to WarCrow contest during Interplanetario Infinity done in Vigo (Spain) last weekend of august.
Also, it's the one I spent more time during painting of my entries. 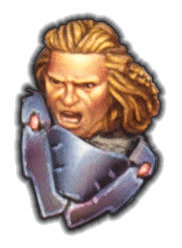 As I told you in my previous post, I had not so much time to paint the 7 minis of my both entries, so I decided to give all my effort on this one, the Achilles V2, as it was going to compete in the Specialist crow, a single category in wich one all the painters work in the same mini, so here the care and the better technique were the chosen ones to make the difference.

I had no time to add special effects like weathering or so, but instead, I was concerned about everything painted were fine and without any mistakes, that, at the end, it's the most usual discarding point to judges.

I choose an opposite to classic color scheme going more to "Dark Achilles" as I thought most painters will go to official box art's scheme. Light in the contest was against me as natural light tends to gray my minis a lot when dark schemes, but I was lucky all minis were looked carefully by judges, in any other case it could be passed out as it didn't go out between all other minis in the hardest category of the contest. 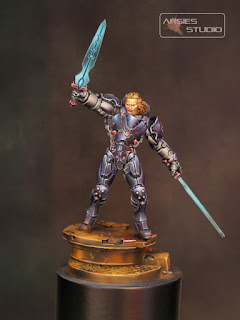 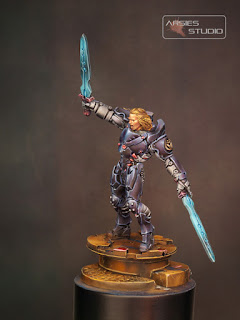 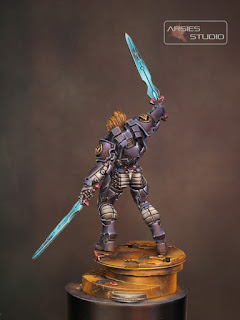 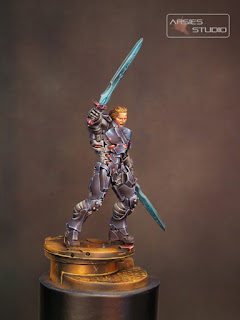