This was an exciting but very hard week. I managed to finish several important parts so I could start the Assembling of this guy!! In fact, it's not more work than other weeks, but it's a moral improvement as I can start to see light after all!

Let's see what we did! 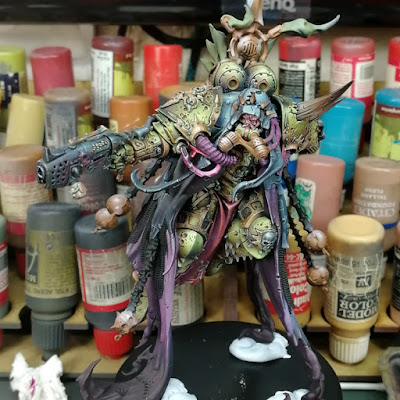 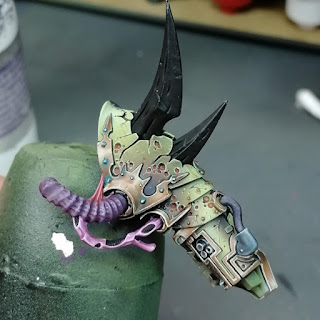 STEP 62: I painted the other arm in the same way as previously we did in the other steps. 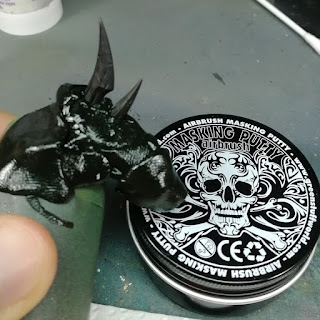 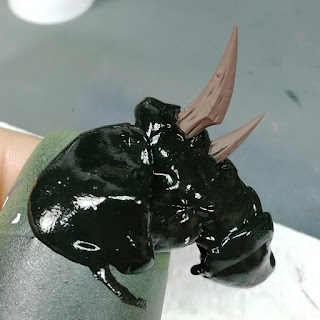 STEP 64: I applied a base with a mixture of Acrylicos Vallejo Burnt Umber and Games WorkshopDheneb Stone 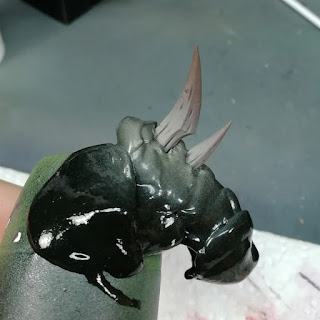 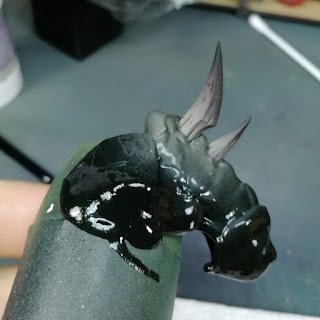 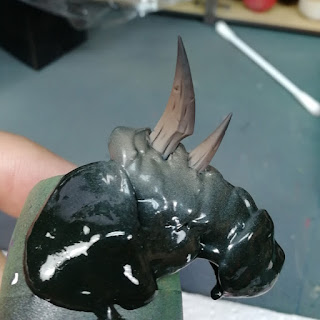 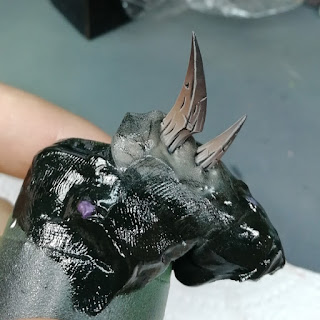 STEP 68: I finished the horns with outlines. 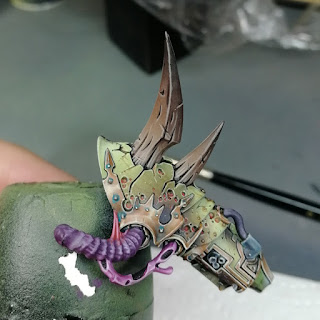 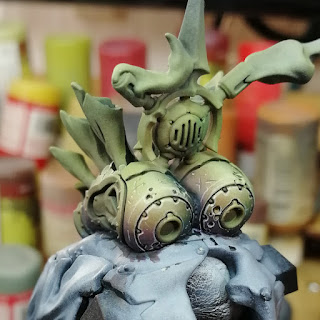 STEP 70: I also painted this piece exactly in the same way as previous armour parts. 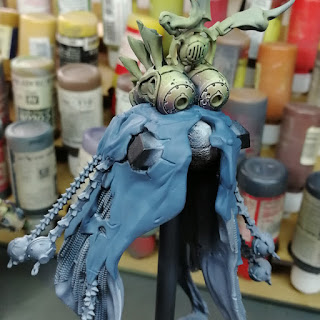 STEP 71: To the upper part of the cloak, I applied a base of Josonja's Folk Art Studio Inc. French Blue. 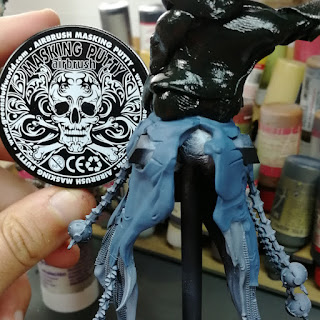 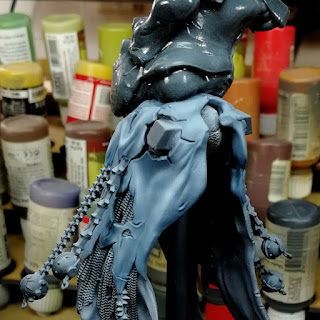 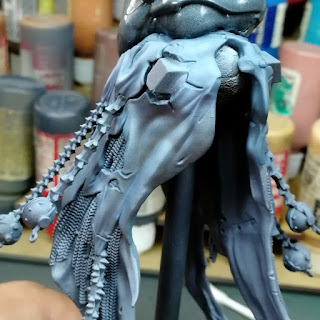 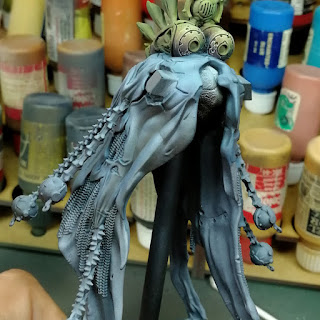 STEP 75: I started to hand paint shadows using some mixtures of base + black in different proportions. Also, I added some glazes with orange, purple, turquoise and green tones. 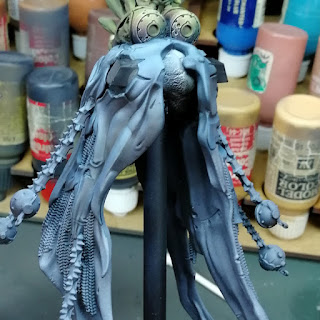 STEP 76: I Added some light pointing with a brush. 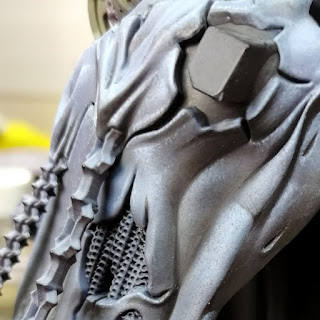 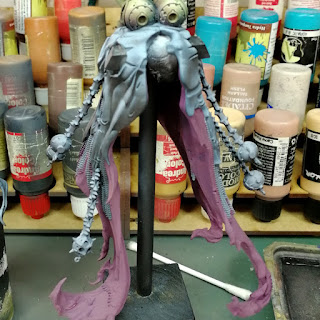 STEP 78: To paint the lower part of the cloak I started with a base of Scale 75 royal purple + Acrylicos Vallejo Burnt Umber 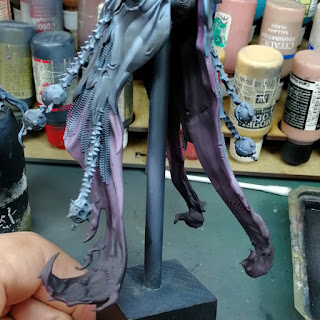 STEP 79: I applied a desatured cold light mixing blue and light grey and a dark shadow with black, both using Harder & Steenbeck Airbrush 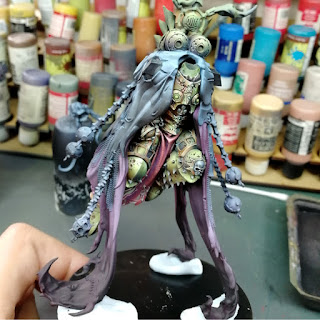 STEP 80: Now, with nothing finished on this piece, I have enough painted to start assembling! This is a big step!! 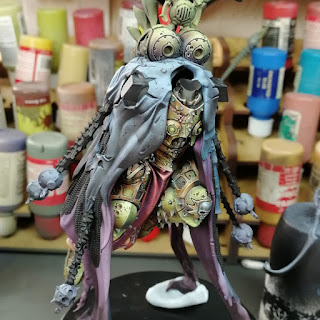 STEP 81: Now I can start to outline with shadow the upper part of the cloack. I used a mixture of The Army Painter matt black and Andrea Miniatures Matt black. 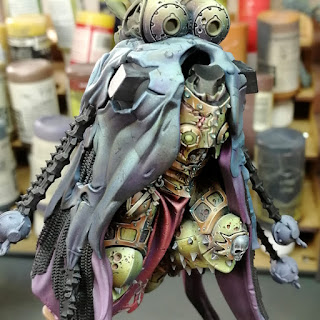 STEP 82: I reinforced the tones with more glazes. 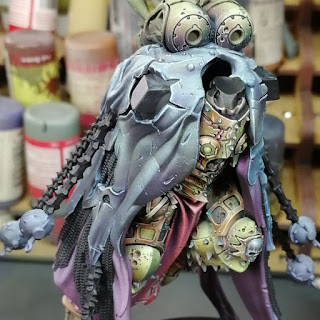 STEP 83: Also, I painted the light outlines mixing a cold green and a light blue. 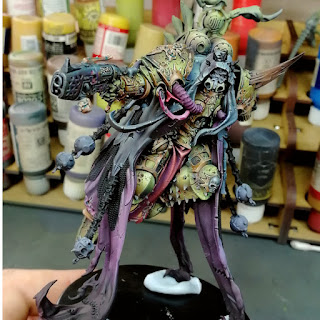 STEP 84: At this point, I can glue the head and the arms too. This is starting to look awesome!! 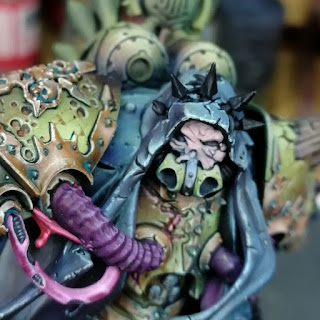 STEP 85: I aplied a basecoat to the face mixing so many colors until I get to one close to what I was looking for. I used Scale 75 light Skin + Acrylicos Vallejo Bunrt Umber and Pale Grey Blue and The Army PainterNecrotic flesh 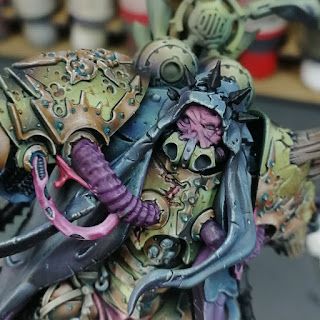 STEP 86: I gave a couple of washes with Scale 75 royal purple 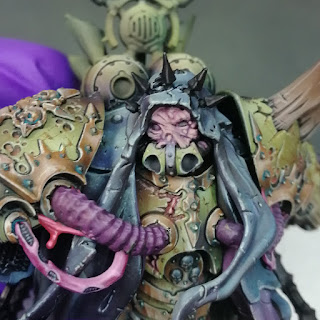 STEP 87: I recovered basecoat but letting the wahses keep in the deep areas. 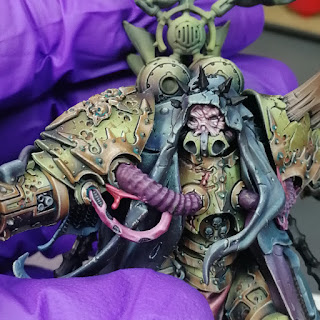 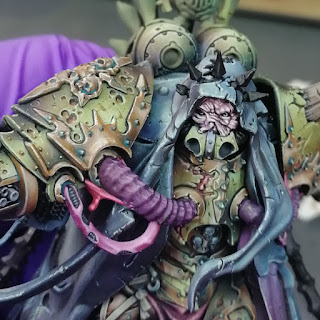 STEP 89: I forced some shadows with a mixture of Scale 75 Royal Purple + Acrylicos Vallejo Burnt Umber + matt black. I also painted the eyes, but inverse, the Sclera black and the iris white. 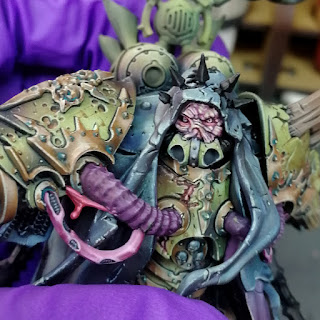 STEP 90: I added some red tones to create an irritation feeling.