Catwoman is a fictional character created by Bill Finger and Bob Kane who appears in American comic books published by DC Comics, commonly in association with superhero Batman. The character made her debut as "the Cat" in Batman #1 (Spring 1940), and her real name is Selina Kyle. She is Batman's most enduring love interest and is known for her complex love-hate relationship with him.

Catwoman is a Gotham City burglar who typically wears a tight, one-piece outfit and uses a bullwhip for a weapon. She was originally characterized as a supervillain and adversary of Batman, but she has been featured in a series since the 1990s which portrays her as an antiheroine, often doing the wrong things for the right reasons. The character thrived since her earliest appearances, but she took an extended hiatus from September 1954 to November 1966 due to the developing Comics Code Authority in 1954. These issues involved the rules regarding the development and portrayal of female characters that were in violation of the Comics Code, a code which is no longer in use. In the comics, Holly Robinson and Eiko Hasigawa have both adopted the Catwoman identity, apart from Selina Kyle.

I painted this miniature from Knight Models a couple of weeks ago. It's really small and proportionated, also, very hard to paint contrasted and shine as it's almost all black. 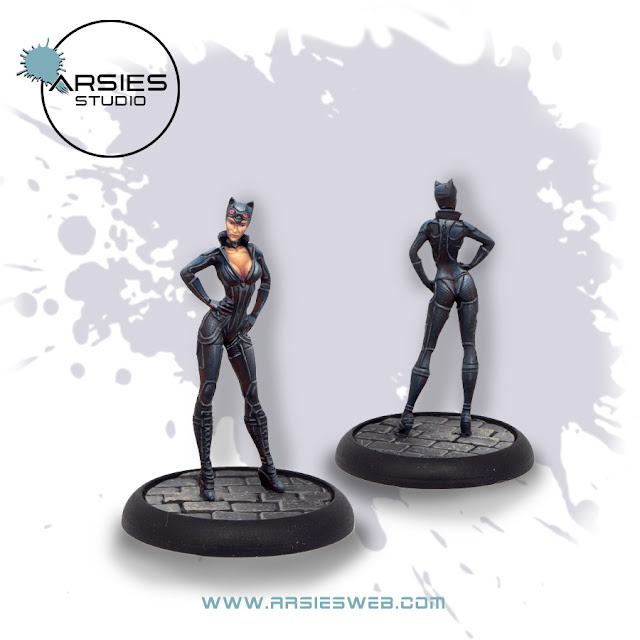 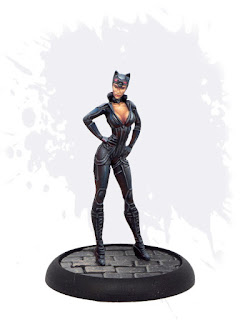 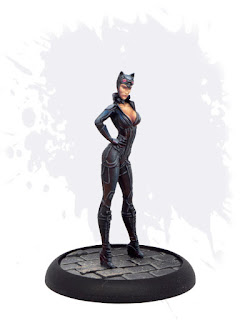 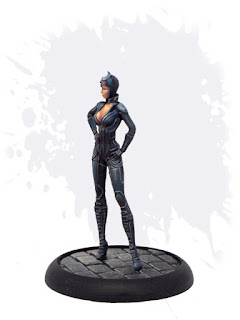 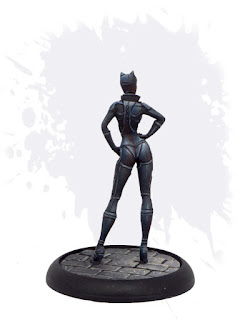 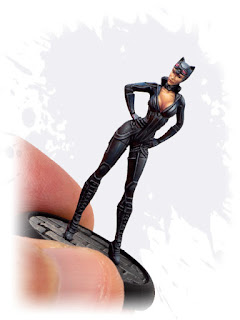