My plan was to finish Mortarion this week, but It was impossible. One of the hardest miniatures I ever painted is fighting back against my efforts so I'll need some more days to finish, but It's almost done! 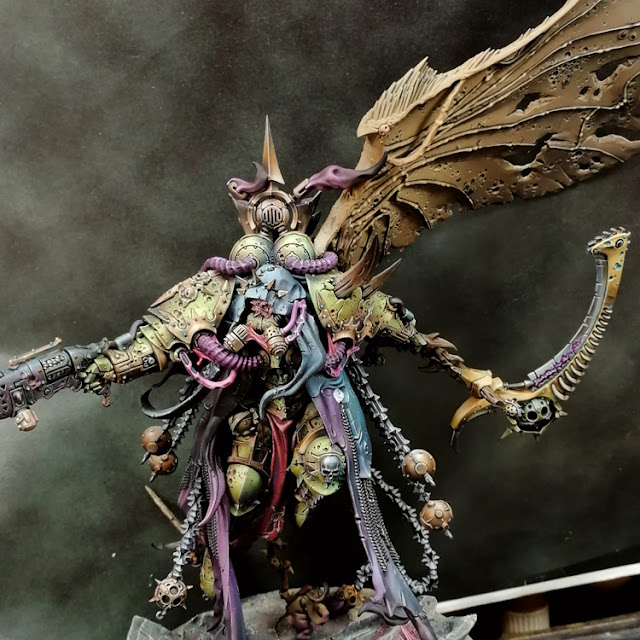 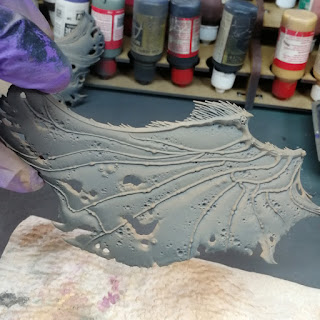 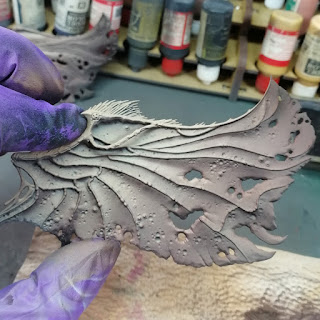 STEP 137: I also added some Scale 75 purple to the end of the wings. This step and also #136 must be repeated several times. Also, I used some white to mark lights 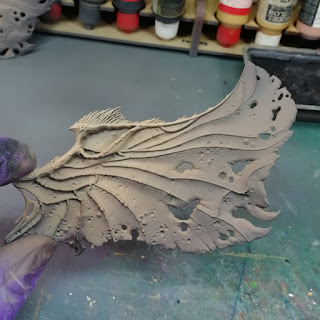 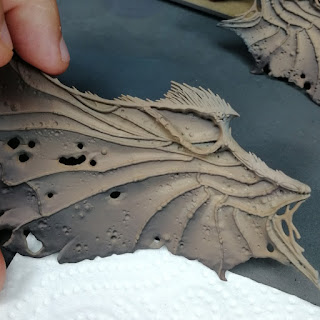 STEP 139: Using the brush and a mixture of The Army Painter necrotic Flesh & Andrea Miniatures 2nd base with some Acrylicos Vallejo ivory, I sketch the lights 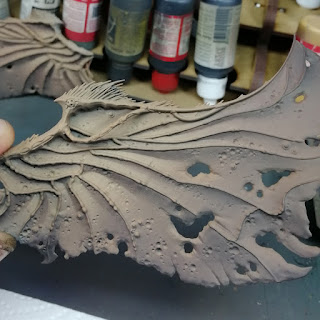 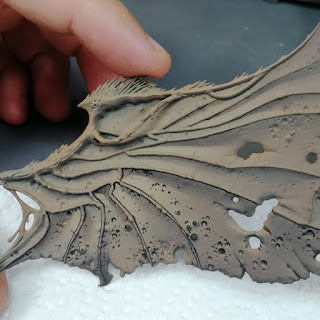 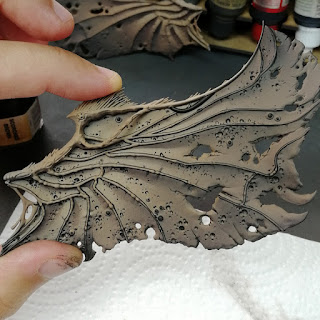 STEP 141 (bis) it's very slow work because of the incredible amount of details those wings have. 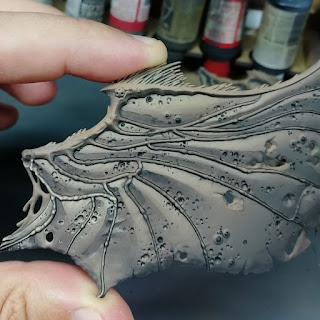 STEP 142: Using the same colours as in lights, but with more quantity of Ivory, I started to paint the outlines of the lights 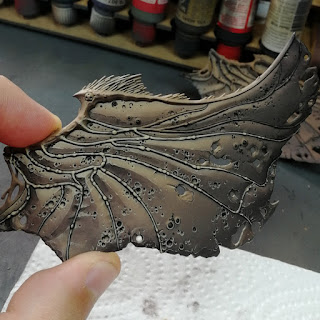 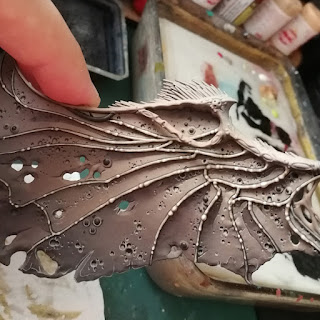 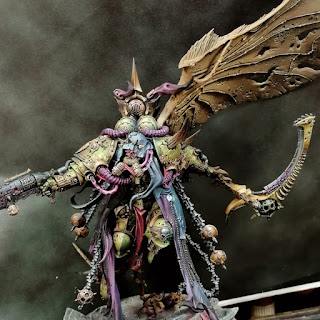 STEP 144: I temporary assembled one wing to see how colour fits. 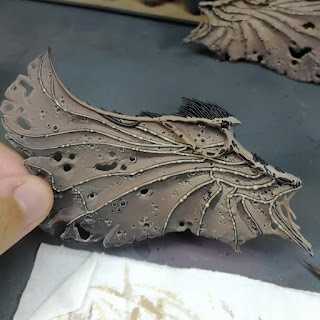 STEP 145: Now I must do the same outlines work in the "arms of the wings" 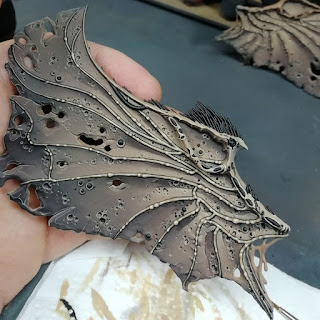 STEP 146: Also with the outlines of the lights. 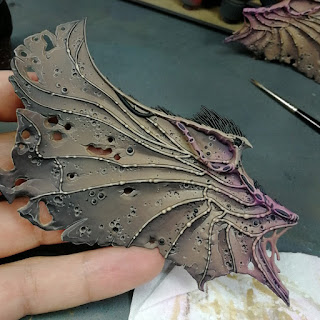 STEP 147: Using Harder & Steenbeck Airbrush I added some pink colour to the start of the wing's arms. STEP 148: Also, I added some The Army PainterTurquoise tones to the cold parts of the wings and some Scale 75 Sherwood green to the warm ones. 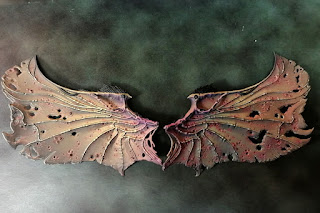 STEP 149: Now I added some red tones to the pustules. As you can see I'll need to repeat some outlines as they become covered.